Around two weeks before we took Mila’s dummy away she became obsessed with it, to the point where she would lay in the guest room bed for most of the day just so she could have it, ‘I don’t feel well mummy, I want my dummy and a rest!’ She was fine but she knew after saying this 63 millions times before it was even 8am I would give in. It was almost like she knew the time was coming, we decided then that it was time, and I absolutely dreaded the day. 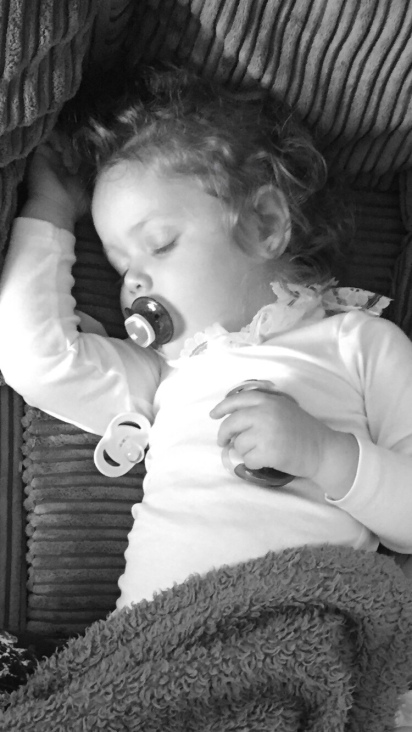 When I was pregnant with Mila I was adamant we weren’t going to give her a dummy from the start. How naive I was and I can only imagine the inward chuckles other mums must have given me when I told them of my plans.

Like most babies, she used breastfeeding not just for milk but for comfort and with her having a severe tongue tie which already made feeding incredibly painful, using me as a human dummy made it even worse. I remember falling asleep in the hospital with her latched on around 3am and waking to find a midwife taking her off me to walk round the ward while I got some sleep. She handed her back to me after an hour and told me she was using me as a dummy, she asked if I had any in my bag and I told her my intention, which by then I had already decided wasn’t going to be.

The day we got home from the hospital we decided to try her with a dummy that I had received at my baby shower and had (thankfully) kept, instant bliss!

Dummies really can be life savers! They ensure easy bedtimes, quiet car journeys, 10 minutes peace in a coffee shop, they also help to prevent SIDS. Whoever invented them… us mamas (and Daddy’s) salute you!

Of course dummies come with their bad points, limiting speech, effecting teeth development, when they lose them in their cots and you have to get up throughout the night and search in the dark for them or if you go out and forget them! The pro’s mostly outweighs the cons but there of course comes a time when you have to say goodbye.

I prepared Mila a few weeks before we were going to take it away, starting with the car. It had always been a given that as soon as she got into the car she’d find her dummy in her cup holder, but she was surprisingly fine with this stopping. ‘You’re such a big girl Mila!’ was repeated many times along with reminding her that none of her friends at pre school had them in the car anymore either. After a week of her being totally fine with this I felt a little better and decided to find a book we could read her at bedtime to prepare her and we were introduced to the book ‘Bea Gives Up Her Dummy’ (shop here on Amazon) 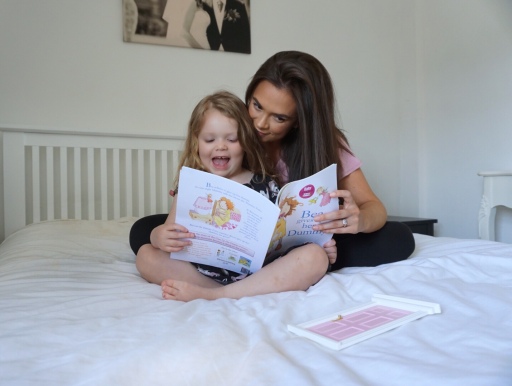 We read the book to her once and she was quite excited about the dummy fairy visiting her (probably more to do with the present she’d receive in exchange) and she promptly put the dummy under her pillow…as we weren’t expecting this reaction we hadn’t prepared a toy for her in exchange of her dummy so we explained that this would be happening very soon ‘When the fairy’s had decided it’s time’.

I ordered a gorgeous little fairy door from an Instagram store (shop here) and bought her a couple of gifts.

Mila seemed excited about what was going to happen and told everyone she came in contact with that the fairies would be taking her dummy away and giving it to the newborn babies that needed them.

When the fairy door arrived in the post I have to admit I felt a little sad, something that had given her so much comfort her whole life was going to be taken away from her and I did second guess our decision, did it really matter if she had it a little while longer? The mum guilt set in, but I knew it was time.

Mila woke up to the fairy door in her room, the little fairy footprints leading to a bag with a new toy for bedtime in it and a bottle of fairy dust and key for the door to let the fairy in that night. There was a letter from the fairy thanking her for her dummy too which I wrote for her. She was so happy with her new bed time toy and her little face was lit with magic with thoughts of a fairy being in her room! She promptly put her dummy in the bag and left her room for the day.

I spent most of that day dreading the night to come but also made a big deal out of what a big and kind girl she was and how happy she would be making the new babies that needed her dummy and she seemed quite excited too.

Bedtime came, the usual routine of pyjamas, teeth brushing and story happened but then she asked ‘can I have my dummy?’ Our hearts sunk a little and there were a few tears, she asked my husband ‘Do we really have to do this daddy?!’ 😩 but after 15 minutes she was asleep!

Of course we made a huge song and dance out of this in the morning and she got a doll as a ‘well done’ gift too.

Bedtime takes a little longer now than it used to, she takes a while to relax in her room and sometimes it can be a struggle to get her to go to bed but we expected this. There was only one night of a few tears and a few days later out of nowhere she said ‘Mummy, I miss my dummy!’ But other than that she has been amazing. I’m so incredibly proud of her especially as her baby sister still walks around with her dummy, this was something that concerned me before too but hasn’t been an issue at all.

Mila was 3 and a half when we took her dummies away and I feel like this was a great age to do it, she understood what was going on and even had fun with it. I’m not dreading the experience next time round when we do it with our youngest daughter and will probably do it around the same age.

Hello and welcome to M2G! My name is Chantal and I am a 33 year old Mama to two beautiful girls. This is my little corner of the internet where I share my journey of motherhood so far one blog post at a time...welcome to our world! Come say ‘Hi!’ over on Instagram too: @StarieSisters View all posts by Mama2Girls 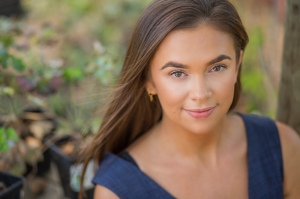 Hello and welcome to M2G! My name is Chantal and I am a 33 year old Mama to two beautiful girls. This is my little corner of the internet where I share my journey of motherhood so far one blog post at a time…welcome to our world! Come say ‘Hi!’ over on Instagram too: @StarieSisters